After deforestation by fire or logging, DroneSeed drones can plant tree seeds 10 times faster than people….

The deforestation of the mountains because of people or large fires are not caused by humans are a major problem for many regions that need of mountains full of trees to attract not only tourists, also to maintain the ecosystem. 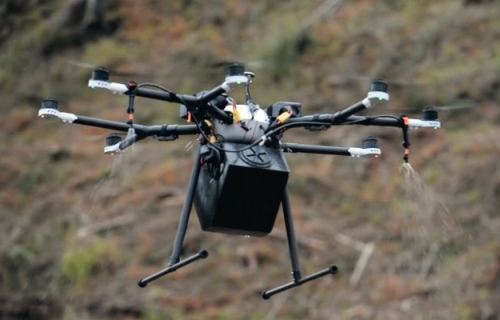 Every summer we see large fires plaguing the mountains of the peninsula, but once extinguished and after a few months, reforestation work begins with a very manual work. DroneSeed is a small startup that believes it can help with this task using technology. In particular drones.

DroneSeed drones are modified with specialized tools so it can fly to an area where you have to plant seeds of trees so that in a few decades the mountain begins to resemble a fraction of what it was.

The seeds need to be inside the earth to germinate, so these drones what id do, for not having to land, shoot with compressed air a capsule that has the seed. This capsule is biodegradable and supports the shot from the drone.

The example of DroneSeed shows one of the possibilities, a small regiment of drones that can shot seeds and also mark the exact coordinates of where the seed is tripped. This information can be helpful in the future to follow the growth of these plants.


There is another accessory that allows you to add a deposit with sprinklers that can be used to fertilize or protect any kind of seed.

In addition, drones can create a 3D map of the land to be reforested to study which parts offer the best opportunity for the seeds to take root and grow without further problems. According to the company, a drone could plant up to 800 seeds at the time, no longer be cheaper that a group of people replanting, is that it save hours of work and effort since the drones can fly at high speeds to distant points.