Facial or fingerprint recognition in recent years and even today, is experiencing an amplification in terms of recognition technologies. This technology has been shown to be entering most day-to-day processes. 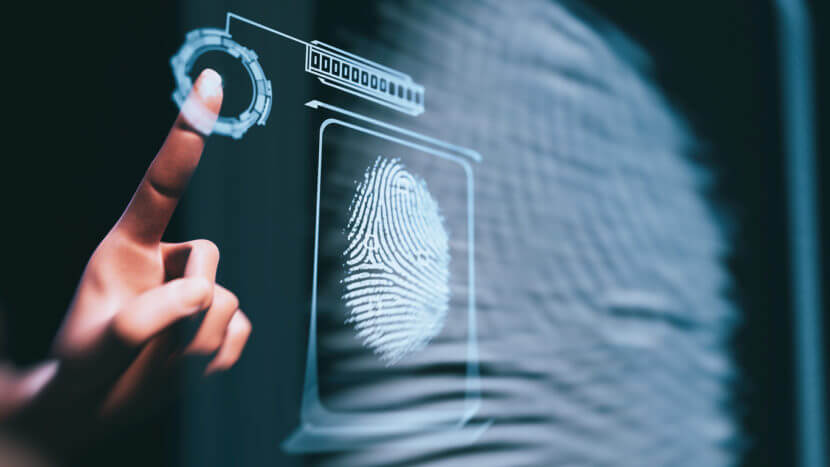 To increase the effectiveness of security, companies already use biometrics, as the application of facial recognition and fingerprint scanning are commonly used in the security aspect of smartphones and other electronic devices.

The use of sensors to identify the special and unique characteristics of each individual’s face, such as the contours of the eye sockets, nose, cheeks, and chin, has made this advanced technology usable in both ways, individual as well as at the level of multinational companies and governments. 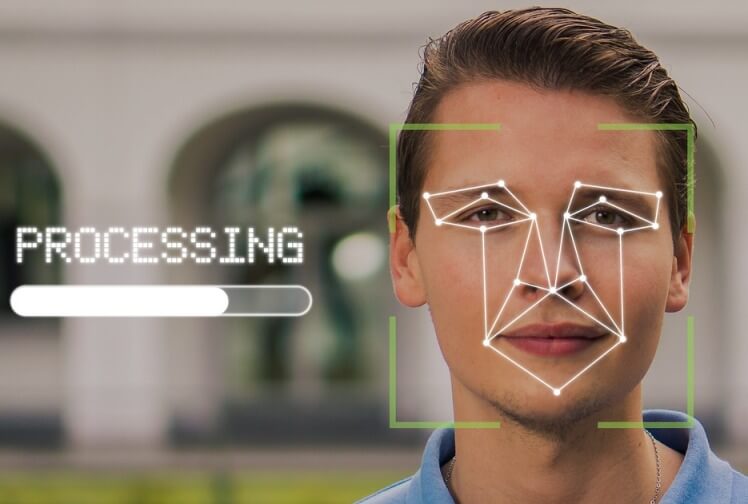 A worldwide roll-out of the facial recognition system is expected to take place soon and its use is sure to pave a trail in the ever-growing industry.

Fingerprint identification is another technology apart from facial recognition, which is one of the most reliable ways to verify the identity of a person through a fingerprint reader.

In terms of accuracy, this method is only overcome by iris exploration of the eye and DNA analysis. The footprint is nothing more than a set of papillary patterns on the skin that are unique to each individual and that are formed in the fetus from week 12, like the nervous system. 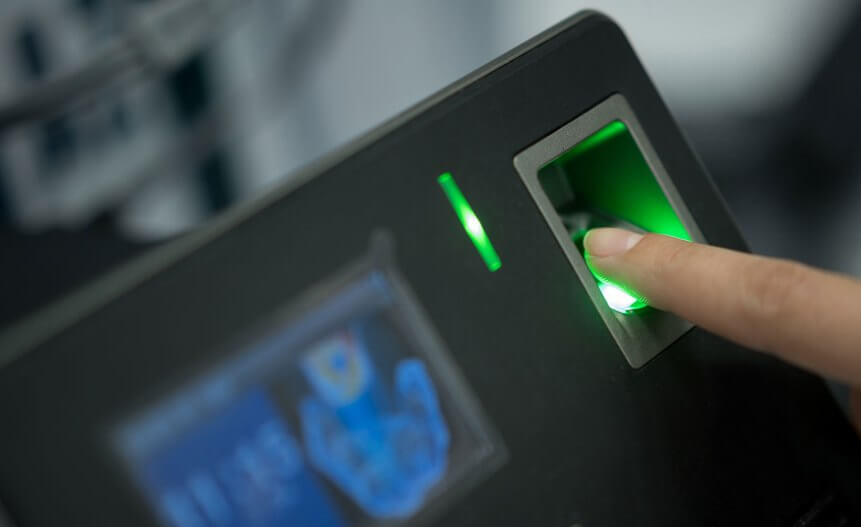 At the same time, the patterns are influenced by the genetic code of the child, the position of the fetus in the womb, the mother’s nutrition during pregnancy, the state of the environment and other random factors.

In simple terms, papillary fingerprint patterns are bumps and depressions on the skin that form a one-of-a-kind pattern. Even with the damage to the epidermis, the biometric pattern recovers; it is only a matter of time and, of course, the extent of the fingerprint damage.

When talking about recognition between face and fingerprint, each of these options has its positive and negative traits, which can be studied to be able to have a conscious opinion of each one. However, biometric security by facial recognition is beginning to be much more secure, which is why we mainly recommend relying on it

A person is not difficult to deceive: The scammer can go to the bank and open an account with someone else’s passport, but doing it with the biometric algorithm is much more difficult, since the unified biometric system has a very high precision. This means that the system recognizes a person with a high probability. But in any case identity theft cases happen.

In addition, an additional package with the user name and password is used. Therefore, it is much easier for a scammer to show up on a bank and impersonate someone else if there is no facial or fingerprint recognition.

To secure information security, distributed data storage was implemented: The biometric template is stored impersonally separate from the personal data of the person included in the bases of the unique identification and authentication system.

When it comes to talking about hygiene and the safety of not getting any disease, facial recognition is much safer.

Fingerprint technology provides very good security, but since the sensors are multipurpose for the unlocking of all the people who use this technology in one place, there is the possibility of catching any disease from a person who passes through this walkway.

A potential in the future

With advances in biometric research, many companies have already moved into the sector to benefit from its perspectives, so the number of companies is gradually growing.

The advantage of these companies operating in this area has had a positive impact on the growth of facial and fingerprint recognition. As the research and development departments of these companies come together as a unit to further explore the limits and applications of technology, new horizons are being reached and revealed every day. Thus making it possible that these technologies can be implemented in hotels, hospitals, as well as unlocking smartphones and home locks.

For biometric recognition there are also other modes of identification, below we can see some of them. 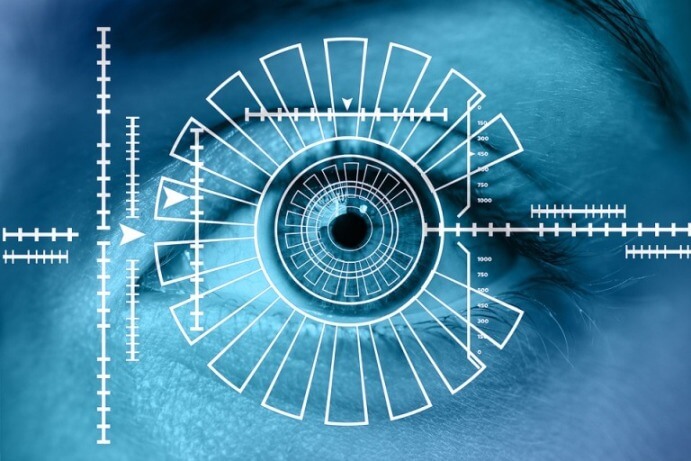 Examination of the eye retina involves the use of low intensity infrared radiation that is sent to the blood vessels in the fundus through the pupil.

The signal shows several hundred characteristic points that are written in the pattern. Currently, the most modern scanners instead of infrared light, direct a smooth-acting laser. This method began to be used in the 50s of the last century. At that time, the uniqueness of the fundus blood vessel pattern was precisely studied and determined.

Retina scanners have quite large dimensions and a higher price than fingerprint scanners. However, the reliability of this type of authentication is much higher than fingerprints, which justifies the attachments. The characteristics of the fundus blood vessel pattern are such that they are not repeated even in twins.

Therefore, such authentication has the maximum protection. Tricking the retinal scanner is nearly impossible, and biometric eye pattern recognition failures are marginally small, roughly one in a million cases.

If the user does not have serious eye diseases (for example, cataracts), they can confidently use the retinal identification system to protect access to all kinds of areas, private cabinets and top secret objects.

Biometric identification from the palm vein pattern is very promising. However, there are a number of factors that inhibit the development of this line.

Identification by veins is a promising direction, but it will not cover all the needs of the market, since it requires the installation of additional devices and therefore many companies are suspicious of its implementation. But in the future, the technology will surely be used more widely, although face identification will of course remain in the first place, as it can be used in video surveillance and is widely used today.

This technology implements biometric scanners that read the location of the palm veins, which clearly have a different presence in each person, which makes them a unique pattern. After this the artificial intellect decodes the location and gives permission to enter if the pattern is in the database.

How does the fingerprint sensor work?

The finger is placed in the hole of the scanner and various light sources illuminate it from below from different sides. In the center of the scanner is a lens through which the collected information is projected onto the camera, converting the received data into an image of the fingerprint drawing.

What is an ultrasonic fingerprint reader?

The ultrasound scanner creates a three-dimensional model of the fingerprint with the help of sound waves reflected off the surface of the finger. It is much more reliable than the optical sensor and works even if the fingers are greasy, dirty or wet.

The surface of the finger is not perfectly smooth, as it may appear: there is a thin papillary pattern of ridges, depressions, pores in the skin, and blood vessels that pass under the skin near its surface. Together they form a unique pattern that is not repeated even on the fingers of the same person.

What to do when the fingerprint is not read?