WhatsApp announced major changes in its terms of service and privacy policy. Especially suit their new services such as audio calls, but also to warn that after the purchase by Facebook, WhatsApp will start sending data to their mothership. 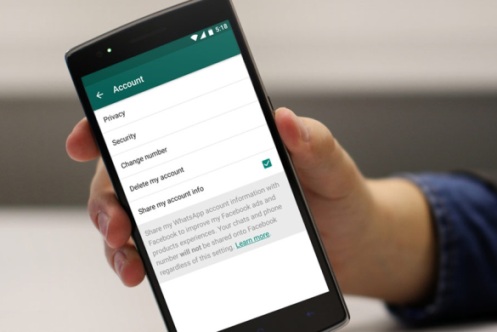 Many comments on social networks have begun to deploy against WhatsApp by this decision, although most users are still using Facebook, which already collects a lot of information about their movements on the web. And the fact is that it is very different when they touch something like WhatsApp, an application that has become the standard of communication in many countries.

With these developments, WhatsApp start sending phone numbers to Facebook. The messages, photos and account information of more than 1,000 million users worldwide will not be share, mostly because the service is encrypted end to end, making it impossible to Facebook know what’s in those conversations.

But do not worry; there is a way of not share your data with Facebook for advertising purposes. Surprisingly, it comes from the own support of WhatsApp. The trick is that when you leave the window notifying the new terms of service, you do scroll to the end and turn off the checkbox where you give your consent.

If you have already accepted the conditions, there is still a way to avoid that more information is shared. To do this you must go to Settings -> Account -> Share information from my account.