Connected devices invade the lives of billions of users and seem about to also colonize the sky. After the drones, it seems indeed that a new electronic bird prototype seeks to make its debut on the market. 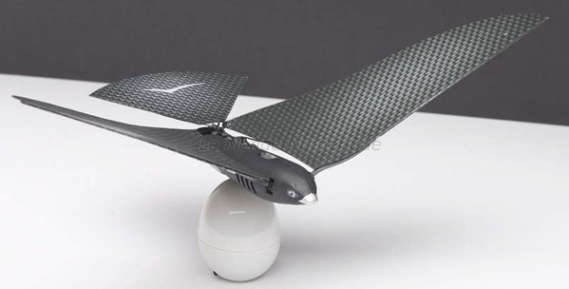 Bionic Bird is the great work of the XTIM company. After three years of research, the first prototypes have already been able to take flight. The Bionic Bird looks like a flying machine modeled on birds, both in form and in movement. It measures 33 cm wide and weighs 9.3 grams. It embeds two processors, an engine with its cooler and a battery.

Side flying experience, Bionic Bird is autonomous only eight minutes. But it is with its laptop battery taking the shape of an egg, which allows the user to fully recharge via USB for up to ten times. Bionic Bird can fly at speeds up to 20 km/h and remains controllable in a range of 100 meters.

Before its official launch, the creators of Bionic Bird wanted to complete their project with a crowdfunding campaign that has just started on the Indiegogo platform. This campaign must lead to the delivery of the first Bionic Bird before the year-end holiday. The first contributors will be charged 90 euros to get their Bionic Bird that will be subsequently priced at higher (without further specification) in the trade. On the basis of fundraising, XTIM will work can be in the integration of an on-board camera and a Wi – Fi connection on its bird.