A group of US psychologists created a ‘thinking cap’ and allows to memorize better. The device manipulates our capabilities using gentle currents to the brain that make us think more effectively. 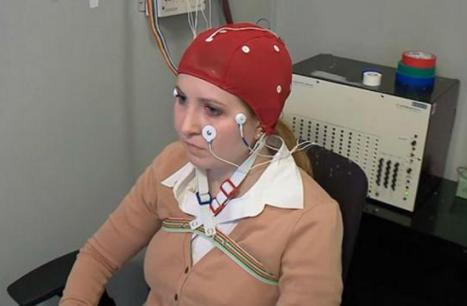 Previous investigations revealed that middle frontal cortex, the part of the brain responsible for the recognition of errors, emits a negative voltage each time when we make a mistake.

The scientists created a tape with two electrodes tied on the cheek and crown, receiving electric current flows for 20 minutes. Later the participants of its experiment had to do some exercises, including memorize the colors that appeared on a screen. To make the exercises more difficult scientists came to show one color per second.

This way it was increasing the possibility of committing an error and the middle frontal cortex is also involved. Psychologists confirmed after undergoing stimulation participants committed less mistakes and learned from them quickly.

The researchers argue that the effects of stimulation of 20 minutes last about five hours. The research could also be used to treat schizophrenia and ADHD.