If the world of music has the vinyl as a vintage element, in photography occurs the same with the Polaroid-type snapshots. It’s only been a long time since the original Polaroid died and now the Fujifilm Instax, Impossible Project and Leica Sofort are barely surviving. 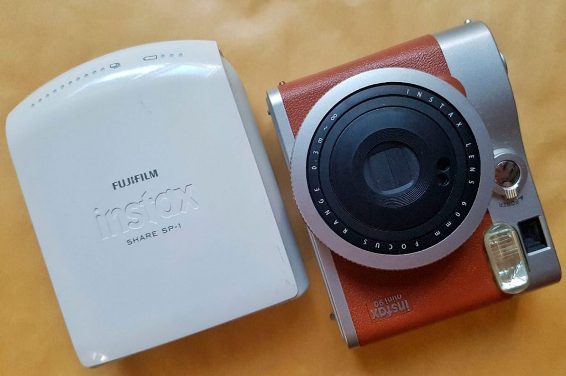 Now, well-founded rumors approaching the launch of a hybrid camera with film snapshot but digital sensor, display and slot to store digital photos. It would be the Fujifilm Instax Square. What is not clear yet is how to combine both technologies.


At the moment Fujifilm has Instax cameras and printers of instant film and digital cameras, but it has not filtered the technological combination that they will use. They could use a dual option with a digital sensor capture-independent snapshot or a system combined with instant printing from a digital capture.

This camera that could be presented in a matter of weeks would combine the aesthetics of a chemical photo, with the popular square format of Instagram and some advantages of digital technology. Lenses, which does not seek to compete in quality with the rest of the cameras – not even the one of the smartphones – but would appeal to a closer photograph that allows to share in the instant and also to share in social networks.


The hybrid model would be the Fujifilm SQ10, while for those who are still preferring the uniqueness of a 100% chemical photo would be the SQ. It is expected to have a significant price difference between them.