Samsung has officially announced the new version, we believe, the best mobility device having at its catalog. A Galaxy Note 4 LTE-A substantially improves connectivity with support for LTE Advanced Tri-Band Carrier Aggregation (CA) enabling downloads at speeds up to 450 Mbps. 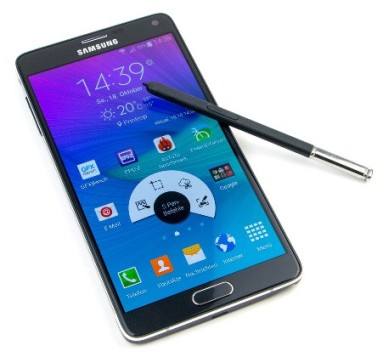 It is the first announced smartphone with this technology that allows speeds four times faster than LTE- 4G standard thanks to the reception of data from tri-band frequency, added to a single connection. This will allow 300 Mbps per second downhill with actual “category 6”, while in 2016 the support for Cat 9 mentioned the rise is expected to 450Mbps.

Furthermore, it keeps the design, a spectacular display, power, and support for stylus, and in general, everything good that offers a terminal that we loved in the wording when we had the opportunity to analyze.

In the official announcement of the Galaxy Note 4 LTE-A does not indicate the SoC that would set the new model which invites to think that will be the other big news next to Android 5 by default.

Bet on a Qualcomm Snapdragon 810? It would be the icing for outstanding phablet. If you can afford to pay the price-high-this new Note 4 point as one wishes for 2015.