Wearables sector has the capacity to improve the lives of people around the world, Intel is ready to drive these devices with computers the size of a button, said its CEO, Brian Krzanich. 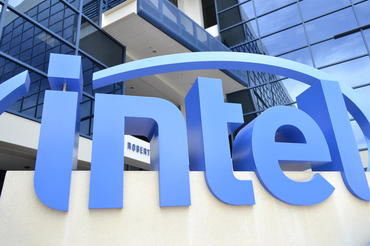 “I am convinced that we can put a computer on the button of the coat”, Krzanich told a press conference in wearable computing competition sponsored by Intel which ended yesterday in San Francisco.

The executive said that these tiny computers capable of driving devices such as those that occurred in San Francisco could be ready by 2015 or 2016.

“Using the button as a reference for when I talk about something that is shrinking people find it hard to put it in context”, said Krzanich, who said that this does not necessarily mean that the buttons on the clothing to be the recipients of such technology, but the capacity of the same.

“What insisted limited to these devices will not be the ability of technology to fit the form and function of fashion, but the ability of people to raise ideas and uses”.

The CEO said, moreover, he was “inspired” by the potential that information technology has to dress to improve the lives of people.

“The fact that we can insert a device to monitor the heart rate on the shirt you used to go jogging or biking or whatever … Think about the medical implications of that”, said the manager, adding that if you have a heart problem you can monitor your heart rate constantly.

“There are people working on sensors that can measure glucose levels, oxygen levels in the blood, and all sorts of things”, Krzanich said.

The executive was one of the contest judges of wearable computing sponsored by Intel, which featured 10 finalists.

Nixie, a device equipped with a camera that fits the wrist like a bracelet and takes flight after being activated a button to take pictures for a few seconds and return to the owner’s hand, the device won first prize of half a million dollars.

The prototype, developed by a team of US and Germany, wants to be popular with lovers of outdoor activities such as hiking or biking, they can immortalize their adventures with wearable drone.

The first adjustable wrist camera will allow aerial photography, although the project is still in its early stages and no date of release.

Christopher Kohstall, leader of the team that developed the prototype, explained in the video presented during the contest that Nixie know where the owner and after a few seconds returns to the place of origin.

The owner can grab the fly and replace it on the wrist.

The second prize, worth $200,000, it went to Open Bionics, a British-led team developing a low cost bionic hand which is made to measure with 3D printers.

Joel Gibbard, founder of Open Bionics, said his goal is to fill the gap in the market for prostheses with high functionality and low cost.

The third team, winner of $100,000, was to ProGlove, a smart glove that aims to increase productivity in the assembly and alert workers of dangerous situations, such as when a piece is too hot, or tells you if you have assembled good piece and level of fatigue.

The first wearable computer contest organized by Intel, featured 10 finalists, including FirstV1sion, a camera inserted in sports shirts and conveys to viewers the game from their point of view.

The project is supported by the Group of Telefonica and conducted the first tests this year at football games.

Among the contenders for the award was also Babybe, which seeks to connect mothers with premature babies in incubators.

The prototype, a turtle-shaped device that holds the mother on the chest, is equipped with sensors that transmit information in real time to a small mattress that holds the baby.