Peter Sunde, founder of The Pirate Bay, was condemned to two years of prison, but after leaving prison surprised us with a rather striking invention, The Kopimashin, a real hack machine that manages to bring out the music industry by one of its most criticized, and absurd arguments but also commonly used in its fight against copyright violations. 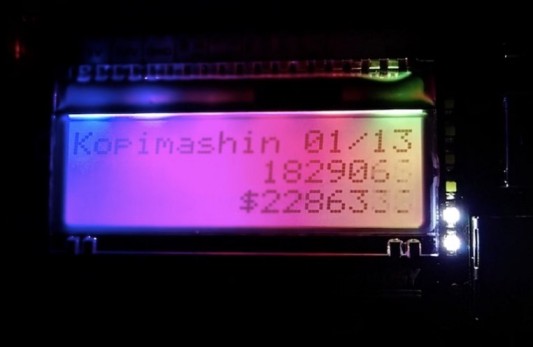 We talked about the idea of “an illegal copy an economic damage”, without more, regardless of whether that person really could have bought the disk without taking into account other equally important considerations. Quite and simple the act of copying a direct harm to the industry, a totally wrong concept that the Kopimashin makes it clear.

This machine has been created on the basis of one Raspberry Pi and an LCD display, and its function is to generate infinite copies of the song “Crazy” by Gnarls Barkley, a task that gets performed at an impressive rate of one hundred copies per second.

What is this all about? These copies are not distributed, not heard, not shared with anyone, they are only copies and copies of a song, but according to the idea that defends the industry despite all the activity of the machine will be generating industry losses of 10.8 million dollars a day.

Absurd, isn’t it? Since this is the key of the Kopimashin, to demonstrate the absurd thing that proves to attribute a fixed value to the mere idea of a copy an economic loss without bearing in mind anything more.