Can you imagine that situation where you have wanted to have absolute silence and you have not found a way to achieve it? Earplugs, headphones… any method to be able to concentrate or relax with zero noise around us. A problem that could have few days at least if we consider this curious gadget. 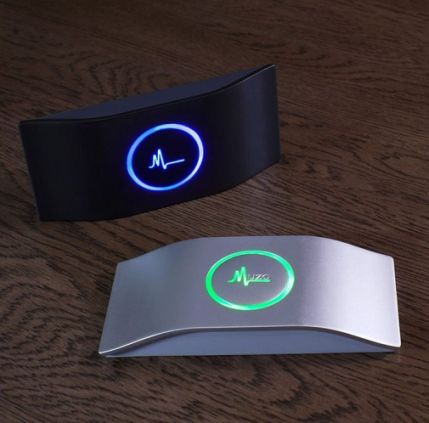 It responds to the name of Muzo, a gadget that is responsible for achieving the absolute silence around us. To do so creates a zone in our noise-free environment in which we find ourselves with our thoughts on the most solemn intimacy.

This is at least what promises Muzo, that we remember, is now only a project in development via Crowfunding. It is a small device, slightly larger than a portable hard drive and through a simple interface to generate the silence.

This is a new project that sees the light in Kickstarter platform which already has grossed more than half a million euros in just over two months so that exceeded the most optimistic expectations.

Price and Availability
If you are interested in checking if what promises Muzo is true, you can contribute at IndieGoGo with a contribution of 130 euro so that would be entitled to a device at the time to come out to the market. A date of arrival will be hard to get, because the arrival of Muzo for those who have bought it up to the spring of the year 2017.