The Google Project Ara ends more to talk about it. And for good reason: it is a revolution that is about to take the web giant with its smartphone modular. We learned today that we will be able to exchange virtually all of its components, never turn off the phone. 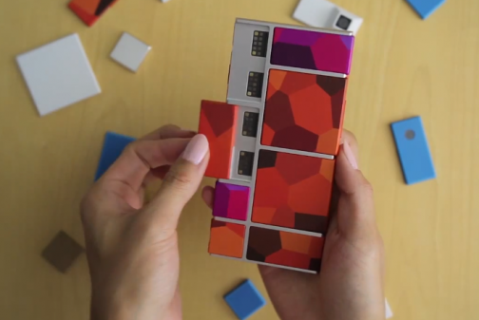 Being able to change a component, especially a smartphone, it is a feature that everyone, or almost, dream. The function is now available on a prototype, but that is becoming every day more tangible. After all, can not we set up a computer tower as we please now?

On paper, the idea is wonderful, as we could through this advance to be able to keep the same phone for “five or six years”, only changing some components. Specifically, you will not be buying a phone for its camera since you could buy the camera module that interests you.

And the good news does not stop there! We learned today that we will be able to exchange almost all components, never off the phone. Paul Eremenko has just unveiled the possibility of exchanging modules while leaving the phone turned on – except for the CPU and screen. We need this revolution to a modified L Android version, developed in collaboration with Linaro.

Does it Helpful? Maybe not for everyone. However, Project Ara remains impressive, imagine being able to exchange your camera against a high-quality speaker, an air sensor or anything that Google is behind the head. Note that according to the latest announcements, the first copies of this project will go on sale as early as January 2015.

Oddly, the primary stakeholders are the government and the army…