Most of smartphones users around the world used as storage system known memory cards in SD format, a format that today clearly is considered the standard in what regards the storage used by many mobile devices. 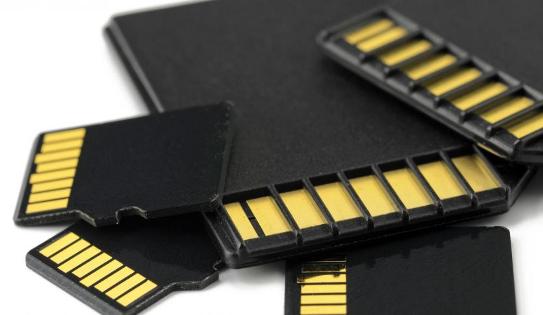 It could be said that the rise of the memory cards came after the advent of digital cameras leaving the analog in the background. Instead of using the conventional reel, needed a valid storage system for these new devices. Although at first began to use 3.5 inch disks or CDs of small size, gradually these memory cards, begun by the Compact Flash, began to assert it. These were smaller, faster and with a greater capacity.

From the format mentioned these were appearing many other alternatives such as Toshiba SmartMedia, MMC, Memory Stick and Sony Memory Stick Pro or miniature card from Intel. Then it was when there appeared the SD, which with a size slightly superior to the current microSD, was based on the aforementioned MMC.

Other firms tried to compete with the growing success of this format by launching other cards own as the xD-Picture Card from Olympus and Fujifilm, but without the expected success. This is because at that time showed that the DS, in addition to being able to be developed by any manufacturer, were faster, the cost was lower, allowed higher storage sizes and were smaller.

Thus the owners of the various brands formats were quickly superseded leaving room for the SD. These, with the passage of time and thanks largely to brands that became part of the SD Association and its R&D, are the format eventually prevailed, even after the arrival of smartphones. Moreover, thanks to these associated signatures format has been able to go evolve until you reach the current, and very known by all, microSD, or the more advanced such as SDHC and SDXC up to 32 GB and 2 TB standards respectively.

Therefore it is expected that SD are the most widespread in respect to storage cards for a while yet, although it is difficult to say how much, but as manufacturers of mobile phone continue “making use” of them, possibly its leadership will prevail.