A wastewater treatment facility operator gets notified via a smartphone app that an automated pump is not working properly, and he’s able to fix it before any other systems are at risk. Technicians at a car factory keep the line moving with frequent, automatic updates that streamline the entire process. Power plant managers get real-time notifications about usage levels. 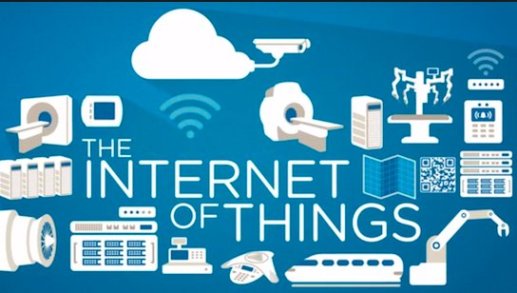 Welcome to the Internet of Things (IoT) era, where everything, from the fridge in your home to entire factory systems, is becoming smarter and more connected than ever before. The benefits are more than obvious: day to day operations are automated, making businesses more efficient and managers happier.

The growing hype around the Internet of Things and the desire to take advantage of its promises will drive many to invest in the power of connecting machines with smart software. According to a report from the International Data Corporation, the worldwide IoT market will reach 1.7 trillion by 2020. But, while countries such as the U.S, China, Singapore, India, and South Korea have invested heavily in IoT technologies, Canada is still reluctant to jump on the bandwagon.


According to a Microsoft survey among top-level Canadian executives, there’s a vacuum when it comes to IoT investments, IT support and strategies. More than half of executives said they were unaware of IoT, 72% were confused by it, and 24% said they had no idea how it could affect their businesses.

One could argue that the Internet of Things is still rather new and that entrepreneurs are analyzing its possibilities. However, with Canada playing such an important role in the global market today, and with IoT acquiring more and more traction within emerging economies, it’s paramount for businesses to adapt to these new technological realities.

Canada Needs an Infrastructure Reboot
It should come as no surprise that the prevalence of IoT relies heavily on efficient infrastructures. IoT systems depend on strong communication networks capable of sending high volumes of data in real time. In addition, robust cloud computing systems can perform the type of complex data examination needed to run large systems.


It’s no wonder that Canada still lacks the infrastructure for efficient IoT technologies. In India, for instance, 4G mobile network coverage is already becoming the norm, while 5G networks are expected to hit the market by 2020. Canada, on the other hand, has seen little progress in designing platforms supporting the IoT proliferation.

The Internet of Things will also generate vast quantities of data that need to be stored and processed in real time. Canada didn’t have any real cloud computing infrastructure until this year. Microsoft and Amazon announced that they would build data centers within the Canadian borders during 2016.

The presence of these data centers will boost not only the performance of cloud-based IoT application but also the delivery of data. While these new measures will increase the level of awareness and recognition for IoT technologies, the truth is that these services have been available in the U.S and other emerging industrial nations for several years now.

How Canadian Businesses Can Adapt
Canadian businesses need an extensive list of measures and strategies to address the IoT opportunity. There are three key elements that they need to take into consideration:

Software: You need to make sure that your software can integrate all kind of information into an exhaustive platform. You also need to ensure that your system can process and analyze data in real time.

Security: The growing data will require not only better systems but better security, as well. IoT will create a highly dynamic environment full of new security challenges. Businesses need to focus on security and privacy down to the code level, especially in industries like healthcare or banking. You need to protect the integrity of your IoT system with appropriate software, a sturdy hardware foundation, and an efficient platform that can incorporate third-party security solutions.

Processors: The right processor can give your business a competitive edge. Choose silicon processors, which are smaller than regular ones, use less energy, but are more powerful than ever before.

Canada might have lost the start on IoT, but the race is not over yet. The next years will determine whether it will embrace the innovative solutions that will give businesses a clear advantage or if it will refuse to upgrade to Canada 4.0.