Apple introduced a new Macbook, thinner, only 13.1 mm at its widest part, said the head of marketing Phil Schiller in the Californian city of San Francisco. The new netbook reduced one-fourth thickness with compared to the previous version of the current Macbook Air, Schiller said. 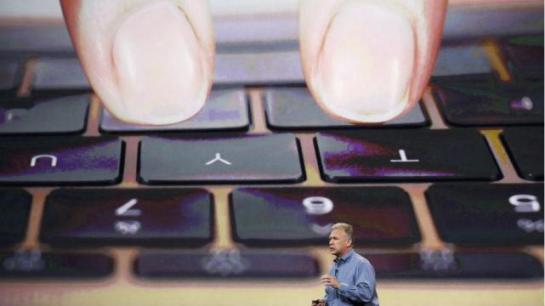 It also has renewed in addition the mechanism of the keyboard and the mouse of the company itself, the trackpad. The interior space is occupied on all the batteries, because the PC can be used for nine or ten hours without recharging.

It has been reduced to one-third the size of chips and only included a USB-C port which can be used to, among others, charge the appliance. The device will go on sale in April and will cost about 1,300 euros ($1,400).

Apple also wants to contribute in the investigation of diseases and includes the new voluntary software “ResearchKit” (investigational device) volunteer for iphone users to collect medical data. For Parkinson’s patients, for example, evidence of typing and data for motion sensors.

Asthma sufferers can manage information through GPS data to locate potential areas that can cause serious respiratory problems. The data are safe and Apple can not access them, said Apple’s manager Jeff Williams. The software will also allow more applications.

The device also has no fan, so it does not produce noise and has a much higher definition screen.

Have you purchased a new MacBook yet? Do you know how to capture a screenshot of your Mac screen yet? Read this step-by-step tutorial to help you know how to Print Screen on Mac computer.

Don’t have a MacBook yet? Spend money to buy one. It’s a great computer to use – my opinion!