For a couple of years, an unknown Energous Corporation has been trying to introduce WattUp in the national market, its low-power wireless recharging system for connected household gadgets that would allow, at a distance, to charge all types of electronic equipment such as telephones, laptops, wireless speakers, etc. 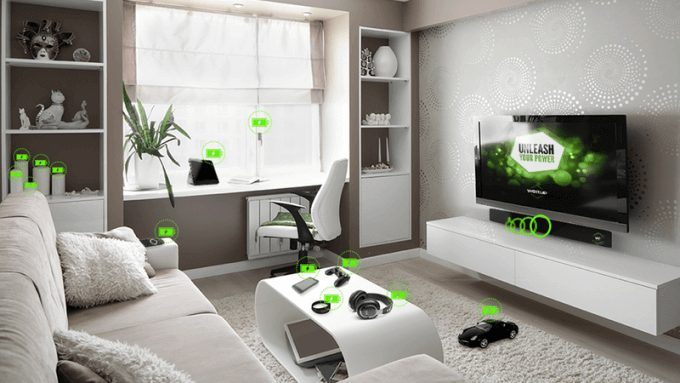 It seems that they have finally achieved the approval of the US Federal Communications Commission (FCC) for their WattUp Mid Field Transmitter, that is, their midfield model capable of recharging devices 1 meter away, bringing the arrival of the first Commercial equipment is closer than ever.

Although the new press release in which they talk about the certification of their system does not comment much technical data, if we go back to what we knew so far, WattUp is basically a radio frequency system that emits in the band between 5.7 and 5.8 GHz and has an optimal operating angle of about 120 degree.

These waves, as if there were a WiFi signal, reach the receivers located in the devices that we want to feed and are transformed into useful energy to recharge their batteries. The total energy that can be emitted (taking into account the data previously published, since the figures approved by the FCC have not said anything) would be between 1 and 4 watts to 4 devices simultaneously in a radius of about 5 meters (with a future emitter model that would not be the one that have approved now).

If we are stuck to the transmitter we would get 4 watts, while if we are 5 meters away we will receive 1 watt. For those who seem to be a lot of power circulating at home, we will tell you that there is also a recharge mode of up to 12 devices in which each receives 0.25 watt.

Emissions only when they are necessary

In addition, the system is not constantly emitting, but it is in a kind of “stand-by mode” in which its mission is to detect devices that are capable of recharging. Once it finds one, it gets to work and creates a beam of energy directed only towards the device that needs to be charged, although possible reflections are also used in the furniture of the room.

The interesting thing is that now, after receiving the first certification from the US agency, they can start selling their technology to the different equipment manufacturers, opening a new era for the connected household. When will they arrive at stores? Well nothing is known, but they have commented that they will be present at CES 2018 in January so we will continue to pay attention to what they announce there.