The action camera market represents a good seam that Xiaomi does not want to leave without exploit and therefore presented its Xiaomi Yi, an affordable model that comes with a pretty good specifications for what it costs. 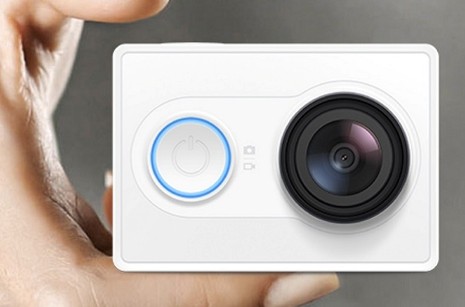 First of all it is convenient to take a look at its design, as we see it is quite simple and clean, with a dominant white color that surrounds almost all the corners of the camera.

Turning to the Xiaomi Yi specifications provided with a 16 MP Sony sensor capable of recording at 1080p resolution (Full HD) and maintain a rate of 60 FPS, to what we should add its angle of 155 degree and 64 GB of storage.

How does it compare to the competition? Thus for example if measured with its direct rival, the GoPro Hero, we see that it also recorded at 1080p but get 30 FPS. We must also take into account that mounted only 32 GB of storage, half of Xiaomi model.

No doubt the Xiaomi Yi is superior, but what about the price? In this sense the solution also wins the Chinese manufacturer because it has a price of $99.95, while the GoPro Hero is around $130 on average.

As might be expected Xiaomi has also released a complete set of accessories to accompany the launch of their new camera. Bear in mind that its launch has occurred in the United States with some delay, since as we know in Europe already can be found for about 70 euro on average.