It is a technology that has long been with us. In recent years, this method of transmitting of wireless communications between devices, without using cables, has gotten into the pockets of citizens through smart phones, but can be found in many electronic devices such as computers, cameras, peripherals (mouse, keyboards, headsets). 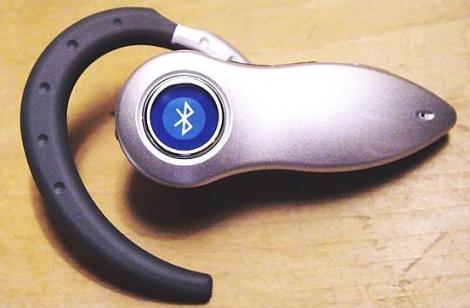 This communications protocol, which has improved the speed of transmission in recent generations, has enabled control devices. Communication between two devices (for example a wireless speaker controlled by a ‘smartphone’) performed radiofrequency so that both devices are not required to be aligned to each other to communicate.

And yes, this technology is not new, although it may seem. It was developed back in 1994. The Dutch Jaap Haartsen and Mattisson Sven in the Ericsson Company developed the system to replace the traditional and sometimes cumbersome cable. The result was a frequency hopping spread spectrum, among other advantages, it is backward compatible. The range tends to be ten meters, although through different relays can control a device at a hundred meters.

The name of this method of transmission comes from the Danish King Harald Blatand – blue tooth, which was the monarch who managed to unite before the thousand year different regions such as the Danish, Norwegian and Swedish under Christianity. Ericsson put his name in tribute.

After many years of existence, the Bluetooth began to raise questions for the short distance that is able to operate. However, there is at present no alternative. Is there a future? Robustness, low cost and, above all, low power consumption (important this for “smartphones” that does not usually exceed a full day) have been allowed to become a universal standard for data exchange in a wide range of fixed and mobile devices. The transmission speed, of course, depends on the version used, which can cause small spontaneous disconnection.

Bluetooth specifications were expanded and are authorized by the Bluetooth Special Interest Group (SIG), and continue to be developed by industry partners that make up the alliance. Over 1,800 brands use this system. However, brands have turned squarely on this technology, which already begins to be present in more innovative and current products such as TVs.

Its use has been increasing. The rapid growth in use of mobile technologies together an updated version of the system, the list of applications is growing explosively. Services and tools for health or agriculture, business applications and pure enjoyment are quietly playing an increasingly central role in many of our lives, and the base is Bluetooth.

Against its important popularization, arise new proposals and alternatives such as Virtus, a system developed by engineers at the University of Nanyang (China) who say it is a thousand times faster than Bluetooth. And it is that the transfer of data via Bluetooth has been climbing according to updates, reaching the last position is its theoretical limit in 720 KB/S.