The French Francois Beaufort, one of the most famous engineers of Google and one of the developers of Chromium, has posted on his YouTube and Google+ a video that shows Chrome TouchBot, a robot that makes tester for systems of Google. 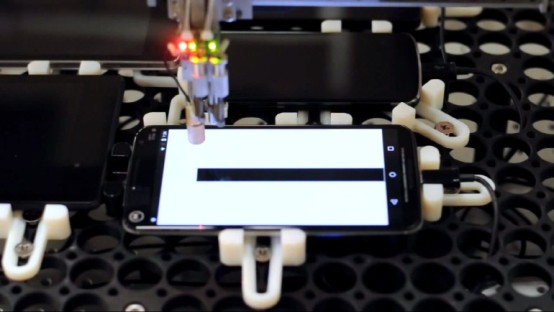 Chrome TouchBot will tested both Android and ChromeOS, Google’s operating system for Chromebooks, measuring performance, frames per second, and latency sensitive screens, all through tests that are anything close to science fiction, because Chrome Touchbot is dedicated to perform tasks such as beats andslide the finger doing scroll to obtain the result of its tests.

The Francois Beaufort video going at high speed, perhaps to not tire the user who sees it, although it shows perfectly how it works this curious Google robot.