Jolla has announced a collaborative project of Community funding Indiegogo to build and market a tablet with Sailfish 2.0.

The Jolla tablet with Sailfish 2.0 in hardware it is very similar to the Nokia N1. A medium format tablet with 7.85 inch multitouch IPS screen with a resolution of 2.048 x 1.536 pixels. It uses Intel Atom quad-core processor with 2 Gbytes RAM and 32GB internal storage. 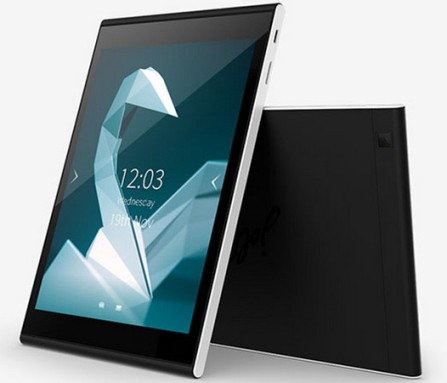 We transcribe one of comments because it is in the line of this tablet with Sailfish 2.0: “The next step … Nokia buys Jolla and made with Sailfish that can run Android applications”. Is it possible? Nokia has an amount of cash from the sale of the mobile division to Microsoft and may embark on new projects once healthy.

We have already seen that Nokia is moving, raising sales of devices and especially software, with a great improvement for the application of HERE maps or by launching the Z launcher, a generic launcher for Android terminals substituted for Google.