The researchers at Stanford University, US, have been conducting a series of tests with aluminum batteries that recharge in 60 seconds, a record that could revolutionize the mobile industry.

These batteries are built on the basis of two materials, the first we have already named, the aluminum, and the second is an old acquaintance comes leaving promises to far and wide in almost all sectors comprising the technological scene. Yes, we speak of graphene. 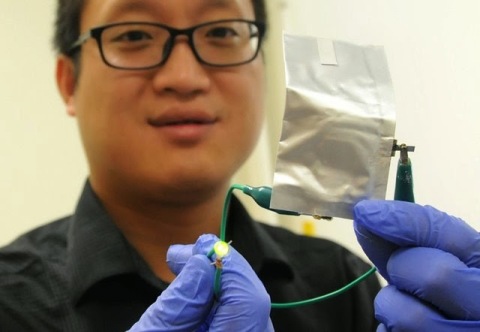 Through the use of both materials, it is possible to build this type of batteries that in addition to reload very quickly would have another positive point in its favor; it is that its cost of production would be very small, so it could be marketed at very low prices.

Alongside with this, we must bear in mind that it’s would also be much safer than lithium batteries, since unlike those, which are highly reactive, aluminum and graphene-based batteries would have no risk of explosion.

Yes, it seems the perfect battery, and thanks to its properties also could be used in flexible devices without any problem, since being bent or formed otherwise would not present a risk of explosion and its life is very long, resisting many charge cycles, but presents a significant disadvantage compared to the traditional batteries.

Unlike those batteries of aluminum and graphene its have a significantly lower power, in particular 50% less output, something that could complicate its safe arrival.