It is not necessary to be a fan of Nintendo or of the video games to understand that Nintendo has nothing to do with other brands like Sony or Microsoft. With Wii and Wii U, Japan’s most well-known company, it showed that on the game consoles, have no interest in being the most powerful, have the best graphics or having the largest catalog. Nintendo Switch, the brand’s new console, follows this trend. 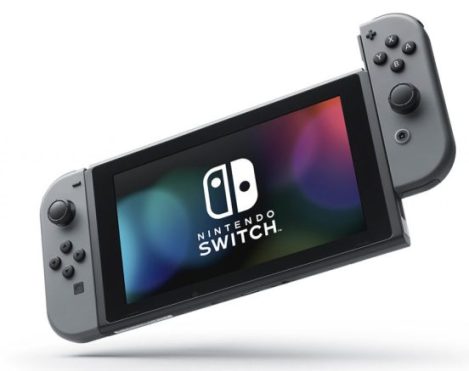 Nintendo Switch is a hybrid game console, this means you can use it in your living room, connected to a TV or, remove it from the dock and keep playing in the street or anywhere. The display is touch screen and its battery will last between 2.5 and 6 hours, depending a lot on the game and how you use it. The good thing is that the battery is charged with a USB-C cable and a conventional charger.


For people who want to use it outdoors, it seems that Nintendo has invested well on the display to direct light that looks pretty good.

Next to the console, Nintendo will sell in the normal package two controls called Joy-Con. These are two controls that can be used independently for two people, or connected to the screen to make it portable. Furthermore, it can be attached to a grip that makes it a traditional controller, even though it will also sell an additional command. These commands include a button to share catches of games on its new online platform.


As it could not be less, considering the popularity of Wii, the controls have sensors to be used with movements, also includes an infrared sensor that is able to measure the distance and shape of objects nearby, such as a hand making rock, paper and scissors.

On the technical side, Switch is a tablet with a 6.2 inch display with 720p resolution, but which broadcast video in 1080p when connected to your dock either a television. It includes 32GB of internal memory and also used a kind of SD cards for games.

Nintendo has created an online platform for Switch, from which you can download mythical games of NES and Super NES under a monthly subscription. The online service also allows you to connect your smartphone to the console, using your mobile as a remote control or as microphone for games.

Nintendo Switch will start selling next March 3 for 329 euro, without any game in the initial package.