Now that the drones dominate the sky, it’s time to look the other way. Specifically to the water of the seas and oceans where PowerRay wants to become the drone of reference. But who wants to have an underwater drone? 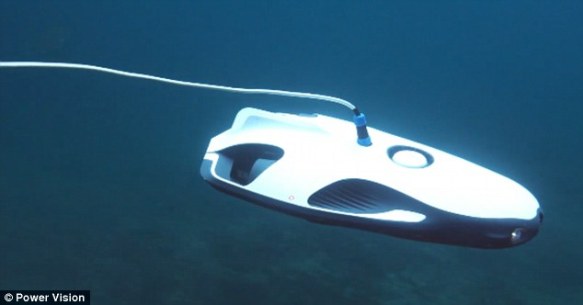 PowerRay – created by Powervision – it’s a drone that due to the nature of the medium in which it moves, is connected to the surface via a cable (from 50 to 70 meters). This means that its range of action is more limited than that of an air drone. In return, it is not only capable of showing interesting underwater scenes thanks to its cameras integrated with 4K recording and streaming Full HD.


It is also capable of (in theory) fishing as it can be hooked to make it a motorized trap for less cautious fish. This is complemented by the PowerSeeker. An optional sensor that is capable of detecting submerged obstacles at an additional depth of 40 meters, as well as reporting the temperature, depth, appearance of the seafloor and alert when it detects fish nearby.

Really the PowerRay utilities, in addition to the recreational side, also include professional functions such as submerged element inspection or wreck detection. For this last account with the option of using a VR viewer so that the viewing experience is doubly immersive. That if, to a maximum of 30 meters of depth and during a maximum of 4 hours at low speed (1 hour to maximum).

Its price starts at 1599 euro for the basic version Explorer, and rises up to 2099 euro in the most complete Wizard version with sonar, hook and VR glasses.