The 360° video has not become a mass success as expected, the first cameras compatible with this video format appeared at a good price, but not enough to attract attention. The new version of Samsung Gear 360 camera wants to enter through the eyes, with 4K recording and new design: will it be enough? 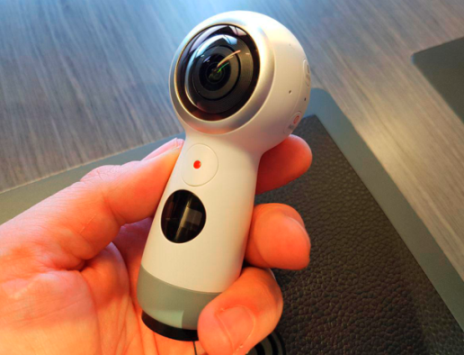 Samsung already had one of the first 360º cameras for all audiences, but in this new version the change of design makes it more pleasant and simple to hold. But its most important feature is that it can record video in 4K at 24fps. You can also take photos with its 8.4-megapixel dual-sensor, resulting in a 15-megapixel spherical photo.

The renewal of the design is focused on making it easier to hold with one hand this camera, with a larger recording button and a small screen that indicates the recording time. It is more resistant, with IPS53 certification against dust and water.

You will still need a large microSD card to store videos and photos. If you want to record videos in 4K, surely the best investment you can make is a new 256GB card.

You still need special software in computers or use platform like YouTube or Facebook to watch this type of video. Moreover, Facebook announced a few days ago that it is now available for everyone to broadcast live video in 360º, a new attempt to make more dynamic live broadcasts.


It has USB-C 2.0 connection, Wi-Fi 802.11ac and Bluetooth 4.1 to pair with a mobile. And this time the new Samsung Gear 360 not only works well with the latest Galaxy, also with the iPhone thanks to a new application for iOS.