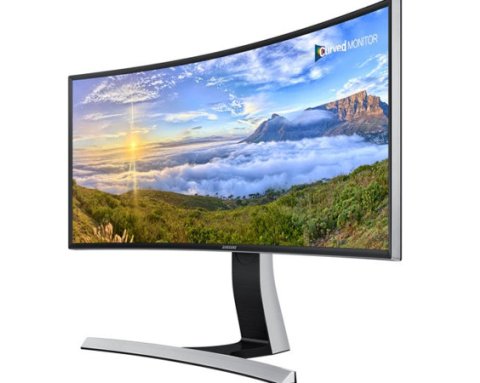 But undoubtedly the most striking feature of this device is that its 3000R curvature (radius of 3.000mm curvature), following the trend to be imposed on TVs for a while. According to Samsung, this curvature makes the user feel no distortion perceived in a flat monitor, as the SE790C match the natural curvature of the eye. Besides attempting to provide a more ergonomic experience in sight, the company says that the curvature creates a 3D effect that makes the screen seem to be larger than it actually is.

Apart from the features at the level of “screen”, it also incorporates other peripheral connections and features like stereo speakers (2.0), connect USB 3.0 and Picture-in-picture 2.0 (PiP 2.0), which allows multiple tasks without to reduce the scale of the content.