Now I have the expected 360 Moto probably the most evolved smartwatch that are on the market. Not only for the round screen, but because it has details that are missing in the other models. 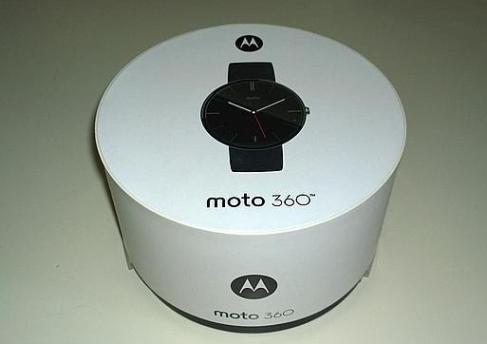 I have been using for three months Samsung Gear Live, with which I have been really happy. The problems of this device are known by many. For example, the charging is not comfortable to ‘hook’ the clock, autonomy is bad, and like it or not, its have pretty much design, still has a look of casual sports watch.

The Moto 360 solves many of these common problems. This watch includes charging by induction and is really appreciated, since it eliminates the need to be attaching the device to a uncomfortable support, that seems to be to break at any time. Induction, on the other hand, also has its downside, and is that the Moto 360 cannot be loaded with a portable backpack battery, as the clock has to be supported and can not be fixed at the base.

Another essential feature for a smartwatch, which now incorporates the new Moto 360, is the automatic brightness. It’s not the same to read the screen to sunlight inside a building, taking into account the low autonomy of these devices, the last thing that a user wants it is to be changing brightness “by hand” all day to save power.